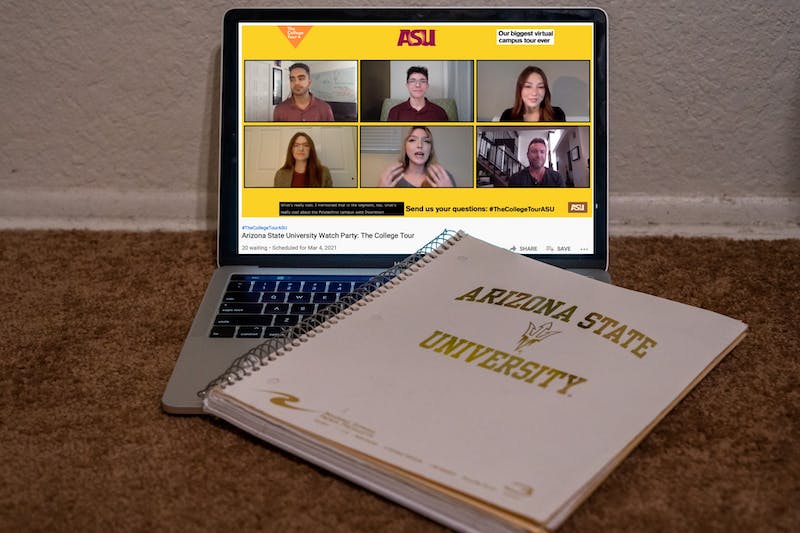 Lights, camera, “pitchforks!” “ASU was featured in an episode of”College visits», An Amazon Prime Video series featuring different universities in the United States, with the aim of attracting potential students.

The episode features a virtual tour of several ASU campuses and different programs at the University. The show is hosted by TV personality Alex Boylan and directed by 18 students.

The university “has invested in this project knowing that many families and potential students may not be able to visit campus this year as part of their university decision-making process,” said Matt Lopez, associate vice president of services. registration in an e-mail.

ASU paid $ 70,000 to produce the show and stream it on Amazon Prime Video and Roku. The production resulted in over 100 hours of raw footage, which can be used in future video projects.

READ MORE: ASU spent $ 70,000 for the production of the Amazon Prime Video show

Madeline Salvatierra, a junior business law student, was featured in the episode to talk about her study abroad experience with Semester at sea and ASU. director of Salvatierra at Changemaker Central, where she works, told her about the possibility of applying to participate in the episode.

Once Salvatierra had confirmation that she was going to be one of the student guides on the show, she was able to write her own screenplay with advice from the producers.

“They chose the topics they wanted to present and gave me some talking points… like ASU’s response to COVID and our COVID testing process and my study abroad experience,” said Salvatierra. “In terms of telling the story, they kind of gave me free rein to tell it the way I wanted.”

On filming day in early November, Salvatierra traveled to the downtown Phoenix campus of Tempe to film in the Beus Center for Law and Society at the law library.

“I hope future students will see beyond the obvious,” Salvatierra said. “One of ASU’s values ​​is to be adaptable, and that whatever you do as a student, ASU will adapt to the times and can help you thrive in whatever situation the world is in. confronted.”

On a virtual vigil Thursday night, a panel made up of Boylan and five of the students featured in the University episode answered questions from potential students.

Boylan said the idea for the show came to him when his niece, who is now a Sun Devil, was looking for college during the pandemic. He pointed out that the episode features students’ authentic experiences with the University.

“You know, it wasn’t a bunch of marketing talk that was thrown at the students. You can ask any person there. These are their stories, and this is what they really think about ASU, ”Boylan said.

President Michael Crow, who made an appearance at the watch party, emphasized that “we are here for one reason only, we are here to help you succeed.”

Nancy Gonzales, provost pro tempore, said during the watch party that she couldn’t explain the ASU experience any better than the episode.

“I constantly try to convey to people how amazing ASU is and how we offer each person the opportunity to chart their own path to create something truly unique while they are here and to be successful at the highest. level possible. It’s really hard to say it all in such a convincing way as this video.

Continue to support student journalism and donate to The State Press today.

The 2021 Photography and Video Fair is this weekend – and it’s free!