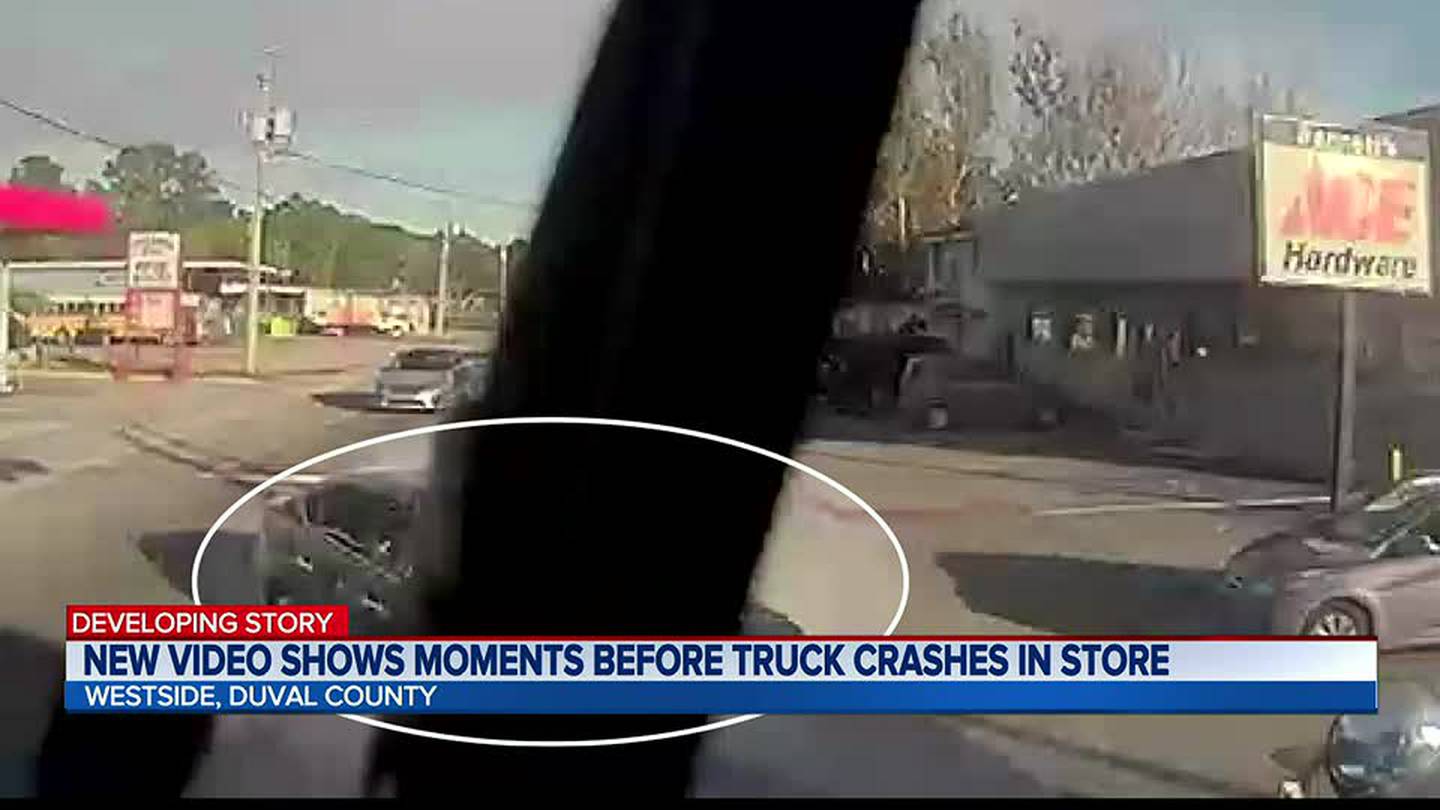 JACKSONVILLE, Fla. — New dash cam video given to Action News Jax shows the moments leading up to a Westside crash on Friday, when a tractor-trailer slammed into Bennett’s Ace Hardware on Beaver Street.

The video, taken from inside the tractor-trailer, shows the truck driving east as it approaches Cahoon Road. You can see that the truck, carrying sand, has a green light. A sedan traveling west on Beaver Street tries to take a left on Cahoon and cuts off the truck.

The video shows the T-bone sedan truck crashing into the store seconds after. The trucking company also told Action News Jax that its driver was going 32 mph in the 35 mph zone.

Action News Jax legal and security expert Dale Carson said investigators will use this video along with security footage and witness interviews to piece together what happened.

“Until we know these factors, it’s important not to jump to conclusions, because you don’t want to point the finger at the wrong part,” he said.

The neighbors thanked Nicholas Mcdonald for taking action. He was just around the block when he heard a loud boom and saw a cloud of smoke.

Jacksonville Fire and Rescue said five people were injured, including the truck driver, two children and two of the store owners inside.

The building has since been condemned and will be demolished.

Action News Jax requested the accident report from the Jacksonville Sheriff’s Office, but so far it has not been released.

Meet the cast of the Prime Video Show