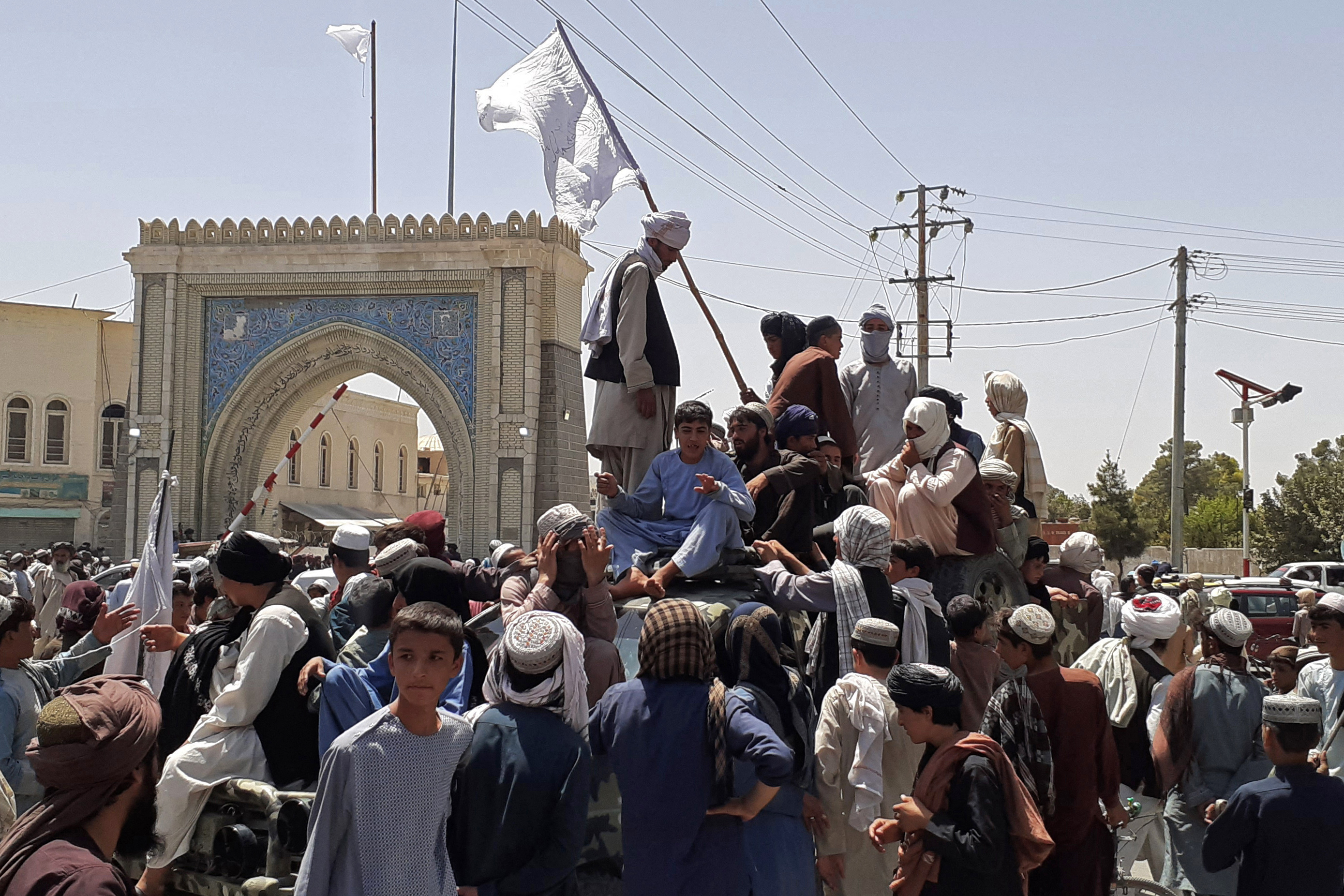 Does the video show the Taliban being greeted in Kabul by a crowd of locals?

A video is circulating on social media claiming to show residents of Kabul, Afghanistan welcoming Taliban fighters who deposed President Ashraf Ghani and seized control of the war-torn nation for the first time since 2001.

“The people of Kabul are coming out of their homes to welcome the Taliban and are gathering at the gateway to Kabul,” Bukhari said. “It’s different from what the media tells us. It shows that the Afghans are with the Taliban.”

As of this writing, the video has been retweeted over 600 times, the quote has been tweeted over 140 times, and liked over 1,700 times.

The video actually shows people meeting Taliban fighters in Kandahar, a city in southern Afghanistan that fell to the Taliban on Thursday night amid the group’s meteoric advance across the country towards the capital.

The video was taken at Eid Gah Darwaza, a landmark in the center of the city that sits along one of the two main roads running through Kandahar. The road leads to Kabul to the northeast.

The distinctive Eid Gah Darwaza gate can be clearly seen in the video, as can several nearby landmarks, including a large mosque to the west of the gate.

Eid Gah Darwaza was featured in footage released by numerous media outlets, including Reuters, showing Taliban fighters hoisting their white and black flag on the flagpole above the gate.

Bukhari says the footage shows widespread support for the Taliban from residents present.

Kandahar is the spiritual home of the Taliban and housed the group’s headquarters when it expanded to control the rest of Afghanistan in the late 1990s. The Islamic Emirate of Afghanistan that followed was overthrown in the 2001 US-led invasion.

The town is close to the Spin Boldak border crossing with Pakistan, which has been under Taliban control since late July. North of Kandahar is the city of Ghazni, the last major settlement before Kabul.

The group regrouped in Kandahar under the leadership of Mullah Mohammad Omar in late 1994 and, with support from the Pakistani intelligence agency Inter-Services, quickly obtained funds, training and weapons.

Kandahar is a poor province and a center of poppy cultivation, second only to neighboring Helmand province, with 20,555 hectares of land devoted to opium cultivation.

Images from Kabul so far suggest most people are staying indoors as the Taliban expand control of the city.

At the airport, thousands of desperate Afghans try to flee the country with the help of American and allied air forces.