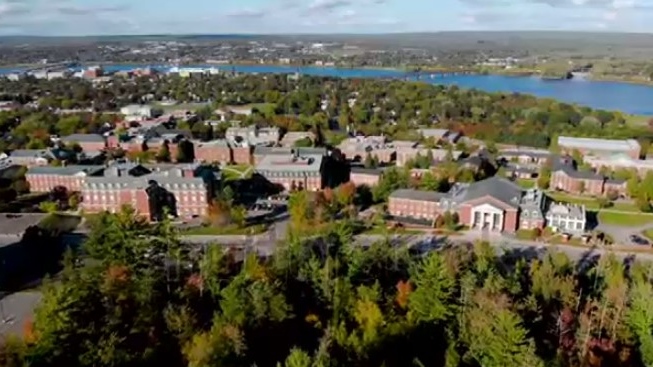 Music superstars Ed Sheeran and Taylor Swift have teamed up for their brand new duet ‘The Joker And The Queen’.

The official video was released on Thursday night and quickly racked up millions of views.

Starring as the original cast of the duo’s 2012 “Everything Has Changed” video, Ava and Jack, now 18, are preparing to head off to college.

However, eagle-eyed New Brunswickers noticed something else in the video – the University of New Brunswick campus.

He says while watching the video, he notices that it is his clip that is featured.

“Even though I knew it was mine, I looked at every picture to make sure it was mine,” he says.

Knappe shot the drone video in 2018 and submitted it to a stock footage site.

“Nobody tells you when it’s going to be used, so the only way to know is if someone tells you or if you see it yourself,” says Knappe.

His work is featured for three seconds in the music video, Knappe says he was both shocked and excited.

“As a creator, it’s really empowering when someone pays money for your work. It proves that you have talent and that it’s worth something, and to include it in an Ed Sheeran music video, it’s quite surreal,” he said.

The creator hopes this will remind him how beautiful the province is.

“And I think that’s something that you can take for granted if you live here, but I think a lot of new people see the city in a new light and see how beautiful it is, and the campus obviously too. “, says Knappe.