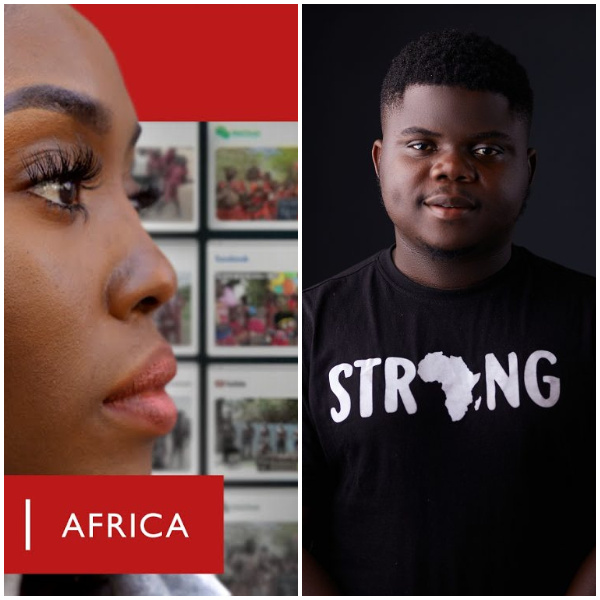 Investigative work by a BBC Africa Eye Documentary team has uncovered a bizarre, elusive, but well-traced case of a Chinese man who used poor children in remote parts of Malawi in a profitable back-to-back video industry. his country of origin, China.

The man, known as Susu, real name Lu Ke (the Chinese variant of the word meaning ‘uncle’), was found in a village in Malawi called Kamwendo, where he carried out his inhumane and abusive work which is considered one of the worst forms of racism, using children as objects.

Working under the guise of teaching the Chinese language to the children of these villages, and with many unsuspecting parents under the great impression that this man was going to help them improve their lives, Susu’s industry flourished for many years.

During those years, he raked in several millions, even as his videos, and others like his from other “filmmakers,” flooded mainstream Chinese social media platforms; a place where many of these biased Chinese have learned to love their content.

But it took the voice and contributions of Ghana’s biggest YouTuber, Wode Maya, to help shed some light on one of them.

The Ghanaian, who has lived and schooled in China for many years, was right to use his platform, in February 2020, to share his disgust at one of these videos when he first saw it. time.

In the video, like many others circulating on social media, African children, usually dressed in traditional Chinese dresses, are seen chanting racist slogans in Chinese.

It would emerge from the investigative documentary that for most of these children, they do not even understand the things they are taught to say in the videos.

The videos have since sparked a wave of anger on social networks and on February 15, 2020, Wode Maya, published a video to denounce this incredible extent of racism.

He also spoke of the regrettable talent that the huge market of Chinese preying on African children in such an exploitative way portends the future of the relationship that exists between China and Africans as a whole.

“In the 21st century, people can make videos like this… (goes on to show a snippet of the demeaning video where, in the opening seconds, it shows a group of 18 kids wearing red outfits, decorated with what looks like be white dragons In the middle of the group, there is a blackboard with a sentence written in Chinese that the children begin to chant, repeating after the person filming the video: “I am a black monster. I have an IQ very low!”, they all start dancing).

“I tried my best to stay away from this content – like talking about China and Africa because I feel like when we talk about this issue, Africa is not not ready to take steps to control or take steps to address these kinds of issues what is happening in Africa.

“When you live in a continent where the rulers or people in power don’t care about its people, people will always take advantage of you. I said it over and over again… I made a video in China, saying that when the Chinese come to Africa, most of them don’t follow the rules and regulations because our people are always ready to accept bribes to make them think, ‘oh when they do that they will definitely pay their way’ that’s why things like this keep happening in Africa,” said Wode Maya in his video.

So when BBC Africa Eye set out to investigate this industry and uncover its rot, he became one of the first people the team turned to for ideas.

As he explained to them, he would be happy if the perpetrator(s) were found and treated.

“When a friend sent me the video, I was heartbroken, I was very angry as an African but I speak and understand Chinese and I felt I was the right person to speak against because that I had the platform, just to show the world that these people are actually taking advantage of Africans living in Africa.

“We need to address these issues so the world knows this is what is happening and it needs to change… I would be happy to see you found the person who made the video because I can’t go to this extreme but if you can do it that would be amazing,” he told the BBC.

The documentary, titled ‘Racism for Sale’, directed by #BBCAfricaEye and #BBCEyeInvestigations reporters Runako Celina and Henry Mhango, was able to follow this man, among many others, by presenting him with enough evidence to save him from harm. escapes prosecution.

The video also achieves the goal of cracking down on the Chinese video industry that exploits vulnerable children across the continent, where most has taken place under the noses of locals but hidden in plain sight.

Watch the full video below:

SoyaCincau is hiring! We are looking for a Videographer, Social Media Manager and BM Tech Writer