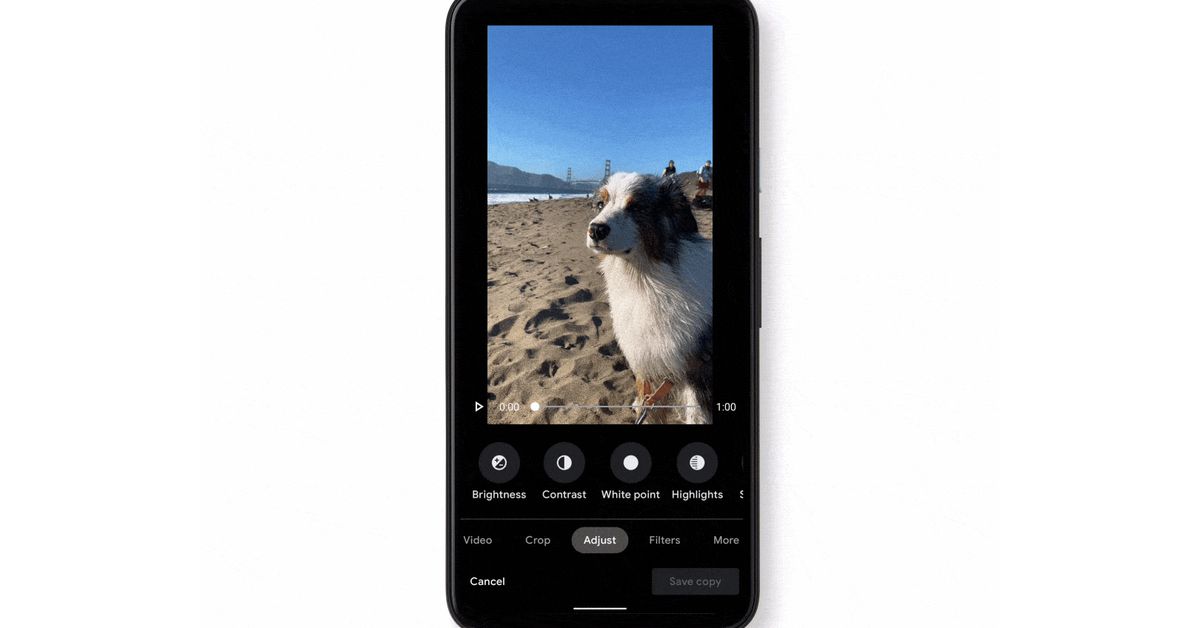 Android’s Google Photos app is being updated with improved video editing tools that were previously exclusive to iOS. Android Police spotted the rollout and reports that it appears to be available for Google Pixel devices and other Android phones. The tools seem to have arrived with a server-side update, but you can try updating to the latest version of Google Photos if they’re not already live in your app.

As Google explained in February, the new video editing tools include over 30 controls, covering everything from cropping, filters, and color grading options like adjusting contrast, saturation, and brightness. .

Features were previously available on iOS

Video editing tools are coming to Android as Google’s Photos service undergoes big changes. As part of its February announcement, the company said it will bring machine learning-based editing tools, previously exclusive to Pixel devices, to other Android phones, but only for Google One subscribers. Then in June, Google Photos will end its free unlimited photo storage and require users to pay for storage beyond 15GB. The app is getting more and more powerful, but you need more and more. pay for more advanced features.