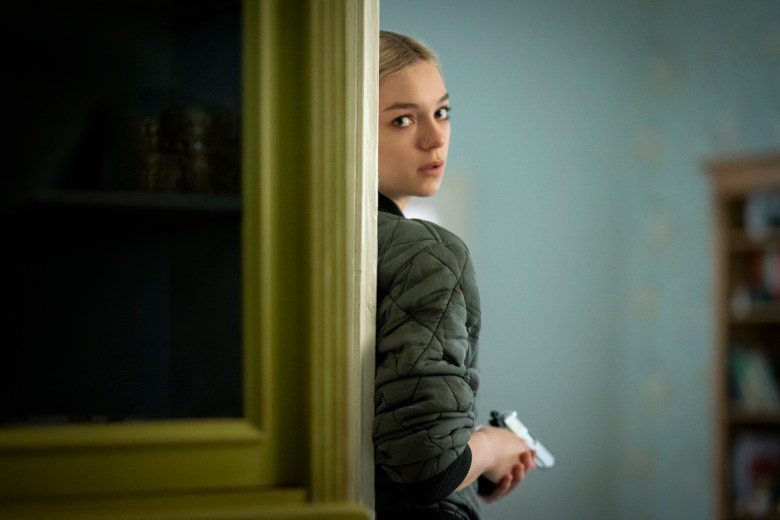 The farewell season of the Prime Video TV adaptation plots a secret system in yet another savage and elegant European goose hunt.

“Hanna” never really needed a big plot. The search for answers at the top of a global spy food chain may have been a spark that lit the flames of both sides of the story, the 2011 film and the Prime Video series ending with Season 3 this week. . What sets Amazon’s TV version apart is its ability to cope with what happens to anyone who finds themselves caught in a thorny thicket of high-level assassins.

Even at the start of the series, when Hanna (Esmé Creed-Miles) was immersed in the training that engulfed her entire childhood, the goal was more than survival. Season 2 of “Hanna” was the biggest magic trick in the series, giving Hanna the high school experience she never had at secluded The Meadows, even though her classmates were all elite killers in the making as she was.

Season 3 targets a type of subversion similar to that of Hanna and her comrade Marissa Wiegler (Mireille Enos) who attempt to protect targets on a secret list of potential subversives. With the Utrax program still up and running (despite the breach the two managed to make at the end of Season 2), the collective power harnessed and fostered at The Meadows is still capable of ending many lives and ending it. ruin many others.

In this rush to save Gen Z dissidents (one is Thunberg type, others are dotted with academic and intellectual goals), “Hanna” gets a boost. The show has always worked best when it expands its world outward rather than trying to figure out who responds to whom. If power abhors a vacuum, the most compelling question the show faces is what happens to the young operatives caught up in this dangerous struggle for control.

So with six track episodes until the end of the series, it’s a bit deflating when “Hanna” sets his sights on what equates to the series’ Final Boss, a surly signalman nicknamed The Chairman (Ray Liotta). , who just might be the guy who set the whole unofficial assassin project in motion. The hunt for answers behind the president’s motives threatens to distract from Hanna and Marissa’s global fake death campaign. The clearer it becomes that taking care of the top of the Utrax org chart is the primary focus of the season, the more it feels like “Hanna” is coming back to where it started.

Even returning to familiar territory, “Hanna” shines when she shows how good her main character is at her craft. It’s about Hanna approaching a complete stranger and starting an information-gathering conversation, picking up the logistical arrangement of a location seconds after arriving, or spotting the details that will make the difference between her escape. or its capture. This complements Creed-Miles and Enos’ supreme sense of onscreen confidence, who each find a surprising amount of expressiveness in roles that rely on emotional restraint. (The slightest hint of a smile from Marissa at a pivotal moment later in the season could be the best moment of the series for Enos.)

The duo Hanna / Marissa, a duo far removed from their relationship at the start of the series, has become the foundation of the series. There is a distinct thrill of seeing them outsmart and outsmart the hordes of tactical teams and agents dispatched with kill orders. Using their intuition, memory, combat skills and simple innovation, they are the special “Hanna” effect that leaves the biggest impression.

“Hanna” doesn’t completely abandon the alumni of The Meadows, the small troop of young women who, like Hanna, were designed to become a complacent elite force of extrajudicial killers. As Sandy (Áine Rose Daly) and Jules (Gianna Kiehl) prepare their own places on the pitch, we can at least take a look at how those besides Hanna are dealing with the psychological burden they have. been forced to endure. Still, they’re almost lost in the mix of double crosses and red herrings along the chase for the president.

Liotta brings some command and authority, but her role is deprived of the enigmatic charm that helped make Dermot Mulroney’s Carmichael a major concern of Season 2. As the Utrax schedule faces a giant setback, Carmichael is caught between allegiances, making him an interesting person to bring back as the endgame merges. In contrast, the president’s goal is to deliver orders with severity and to be sinister in the conversation. Despite the season’s efforts to add some emotional resonance to his involvement in the show’s overall story, he’s mostly a means to an end.

David Farr, who wrote the original film and is the show’s main creator / writer, has a few more tricks up his sleeve, however. He and the writing team are adept at creating situations where two people are having what on the surface appears to be an honest conversation, but the viewer knows for a fact that they are both lying. After three seasons, “Hanna” effectively trains you to think like these agents, even if the show is ahead of the game.

And the show remains a visual treat. A trio of directors this season – Sacha Polak, Weronika Tofilska and Anca Miruna Lăzărescu – have a keen eye for directing these confrontations. There is an attention to physicality and movement that emphasizes the real toll that all of this work takes on Hanna, Marissa, and anyone who tries to stay alive. It wouldn’t be a season of sending “Hanna” without a few encounters and clashes in interiors drenched in bright reds. From its source to the reimagining of Amazon, this primary preoccupation with mood (aided by another season of hypnotic work by composers Ben Salisbury, Geoff Barrow, and Yann McCullough) has helped make a feast for the senses.

So “Hanna” isn’t so much a runaway train rushing towards the finish as it is a sports car powerhouse sliding to a bittersweet end. It’s a combination of mess and grace that has adapted the show over its three seasons, resulting in one final salute that sorts out enough and leaves the rest to fade into uncertainty. For a show about a young killer raised to leave nothing to chance, this might be the perfect place to leave it.

Season 3 of “Hanna” is now available to stream on Prime Video.

Register: Stay up to date with the latest movie and TV news! Sign up for our email newsletters here.