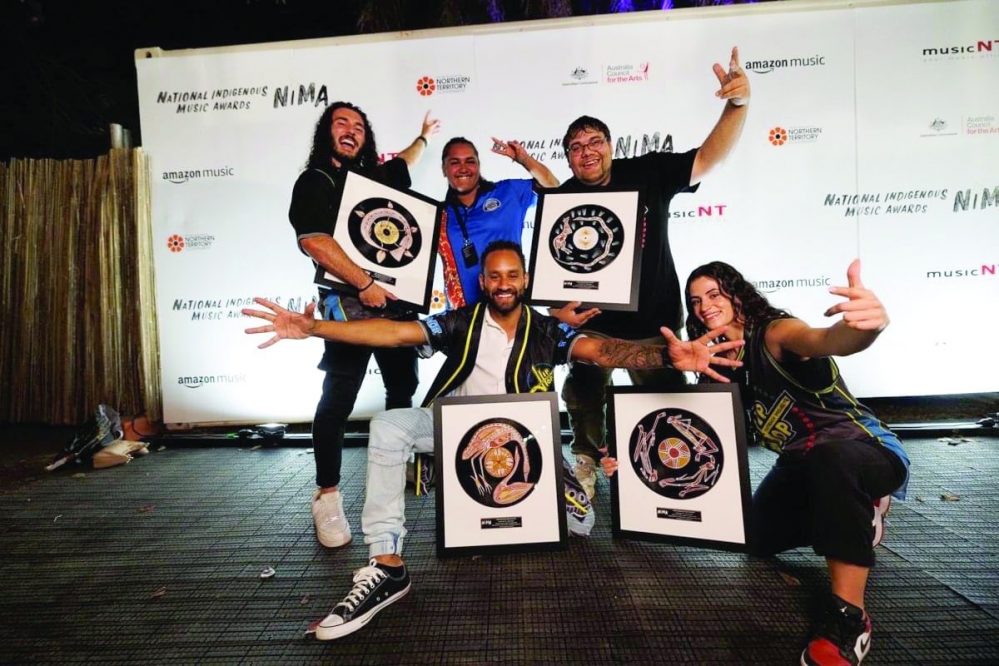 Hidden Valley’s Matthew Mastratisi was recognized for the music video “Loud and Proud” when it won Community Music Video of the Year at the National Indigenous Music Awards, NIMA.

The awards in Darwin on August 6 celebrated the achievements of Aboriginal and Torres Strait Islander musicians, as well as Aboriginal-inspired projects.

Mastratisi, 24, worked on the project as director, producer and videographer in Numbulwar, Northern Territory, alongside Franceska Fusha, Lesley Phillips, Jordan O’Davis and the Numbulwar community.

“Our big thing is to destroy what we call shame. We don’t want young people to feel ashamed and embarrassed to try things,” he said.

Native outreach projects typically spend a week in remote communities, first writing an educational song with community members, teaching them dances, filming a music video, and finally showing the film to the community on a projector.

Mastratisi said the film emphasizes “the amazing community of Numbulwar, […] school commitment and just being proud of the place and [the] culture – that’s why the song is called Loud and Proud’.

The project was filmed in June and July 2021, just as Melbourne returned to lockdown.

“It was very interesting…our sound engineer couldn’t make it to Darwin…I was like, ‘I’m not going to let these kids and the community miss a music video,'” he said. -he declares.

“I just had to learn very quickly how to record and put together audio.”

Mastratisi only had two hours to edit the entire draft before sharing it with the community, but said he managed to meet the deadline.

“The community absolutely loved the video and it was a huge hit,” he said.

“Just the happiness you see in children, elders, parents […] to see themselves or their children on screen is just… I have no words for it, it’s just amazing.

“Numbulwar School recorded its highest school attendance during the week of the project, with high attendance since the film was shown in the community.

“We got feedback like that from most of the schools we went to… It’s always really cool, really rewarding.”

Three music videos from the Indigenous Outreach Project were nominated for Community Music Video of the Year, with “Loud and Proud” winning the award.

“Just to have this video and this song win a NIMA was just an amazing achievement,” he said.

Mastratisi is self-taught in photography and videography and hopes to continue spreading positive messages with Indigenous outreach projects. He is currently working on an anti-alcohol campaign in Arnhem Land, NT.

“Unfortunately, there is still a lot of racism towards Indigenous people,” he said.

“When you go to these communities… you find they are the friendliest and most welcoming people, full of knowledge and culture and just amazing.”

Mastratisi thanked Indigenous Outreach Projects, the community of Numbulwar and the team that worked on the project.

Watch ‘Loud and Proud’ below, or alternatively on YouTube at www.youtube.com/watch?v=Isrp7_ebcO4.