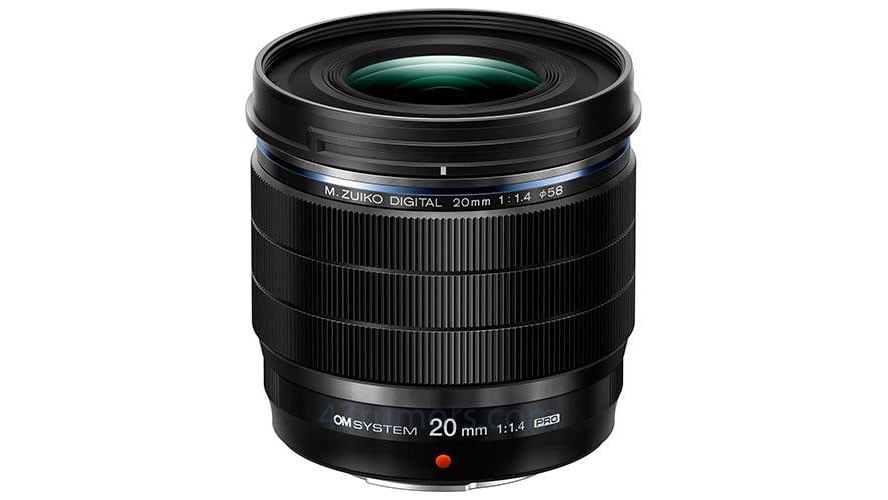 Leaked photos and videos show that the first “OM System” branded piece of equipment is the M.Zuiko 20mm f / 1.4 Pro

The rebranding from Olympus to OM System was announced just over a week ago. We were told that new items would start appearing with the new brand and existing items would move from Olympus brand to OM System brand as old stocks dwindled and new ones were made. So, we would still see the name Olympus for a little while.

Now, however, leaked photos and video show the first new kit with the OM System branding. And that will be the OM System M.Zuiko Digital ED 20mm F1.4 Pro lens for Micro Four Thirds – a lens added to Olympus’ roadmap last September.

The image shows the brand new OM System on the base of the lens where it mates with the camera body. It is reported that it will start shipping on December 10 with a price tag of around $ 800. Specifications disclosed say it will feature 11 elements in 10 groups, 9 aperture blades, a 58mm filter thread, and a minimum focus distance of just 25cm.

As for the video, it appears to be a promotional video featuring travel photographer Rania Rönntoft which has since been taken down. She praised the virtues of the new lens and how it allows it to easily carry light when traveling to take pictures. The video has since been removed, although 43Rumors posted a mirror of the video file that people can download.

While we all knew the change was coming, I’m surprised it happens so quickly after the announcement. Of course, maybe it was the impending exit from that goal that prompted them to finally tell everyone. So, it might not be that surprising after all.

It should be available for purchase starting December 10 for around $ 800. It’s not yet clear if we’ll hear an official announcement and whether pre-orders will open before that date.