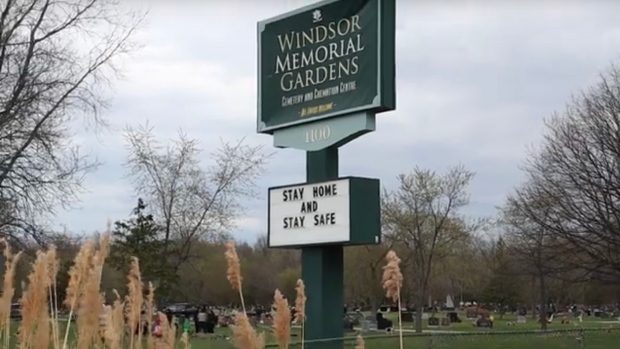 WINDSOR, ONT. – A year ago, Todd Shearon went out on a whim and collected footage of the streetscape and eerily empty landmarks in Windsor weeks after the start of the COVID-19 pandemic.

The video was seen so many times that the videographer decided to make a follow-up short a year later.

“We thought it would be a normal situation, back to everything we’re used to, and it’s not. That’s not the case at all, ”says Shearon.

He set off on Wednesday to visit all of the familiar landmarks featured in his initial short, collating all of his footage and editing the short in one day. He aptly named it “One year later”.

“I wanted to go back and recreate each shot and see what the difference was,” says Shearon. “There were some glimpses of getting back to normal, but in reality we’re just in another phase.”

Shearon used a combination of black and white and color exposure to show how the city is slowly emerging from the pandemic.

He also added some catchy and aggressive music to show the vibe of the company and played some of his visuals back and forth to represent how far we didn’t come last year.

“We made some progress, but we rewound and basically came back to where we were a year ago in a lockdown, which also has its differences.”

But the biggest difference, he says, is the number of people in his images. In some cases, Shearon says he saw basketball games with 30 to 40 people on an outdoor court.

“Last year we were scared, we listened more, we weren’t sure,” Shearon recalls. “This year we’re just over it.”

Shearon ends the video with symbols of peace and love, a subtle reminder to adopt positive attitudes towards one another: that love can spread faster than the deadly virus.

“I couldn’t orchestrate what’s going on in the world,” he says.

“I just introduced myself and turned on my camera. “