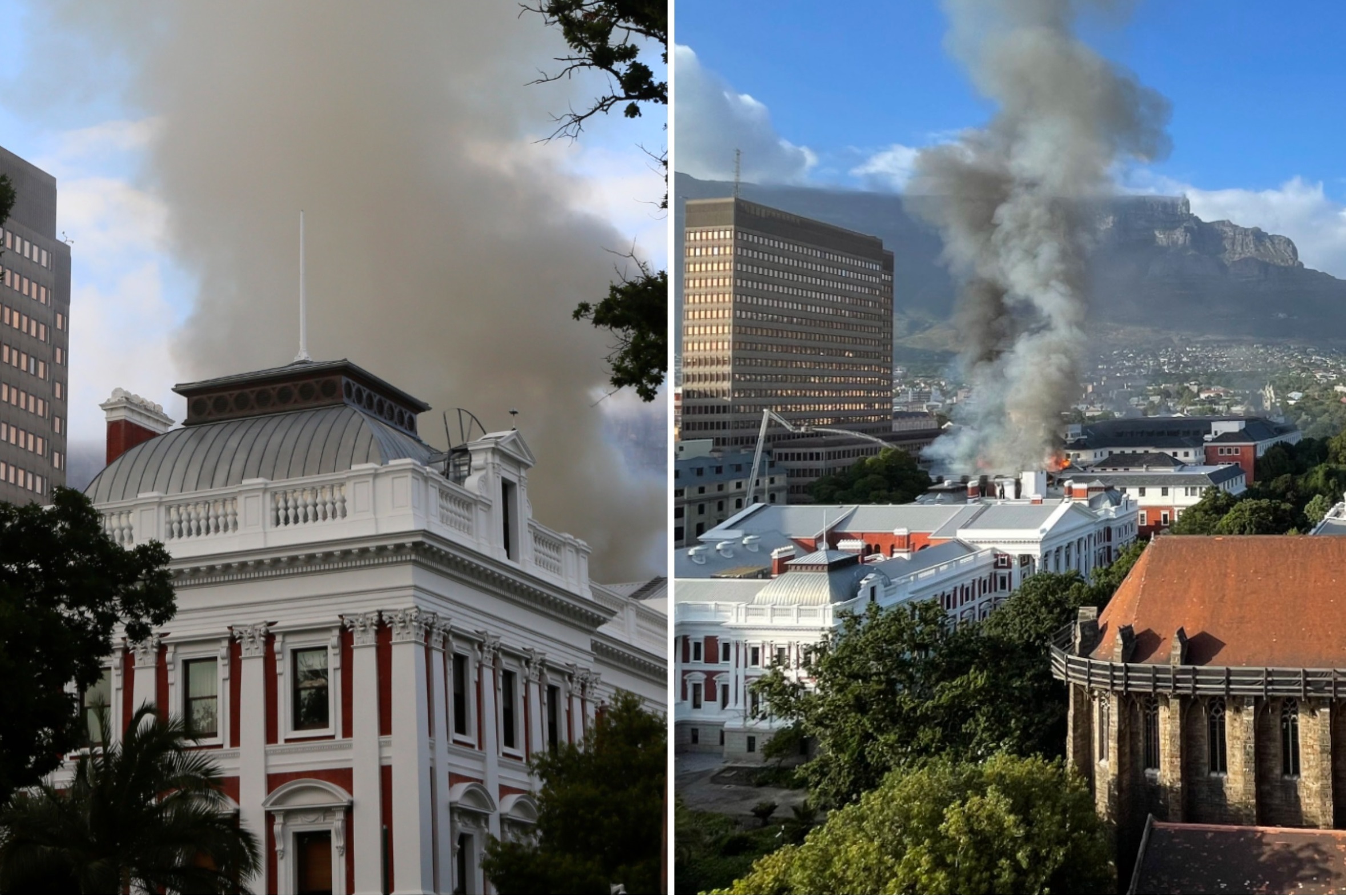 A large fire has broken out in the South African parliament building, sending plumes of thick smoke over central Cape Town.

The building houses the South African National Assembly, made up of 400 elected members. No one was injured in the blaze, firefighters said.

“The roof caught fire and the National Assembly building is also on fire,” a spokesman for the city’s emergency services told AFP.

Earlier today, JP Smith, a member of the mayor’s committee for safety and security, told the local outlet SchedulesLive: “The fire was not brought under control and reports of cracks in some walls of the building have been confirmed.”

The fire started in the offices on the third floor and spread to the chamber of the National Assembly, the lower house, the spokesman for Cape Town’s fire and rescue services told reporters. , Jermaine Carelse.

Later in the morning, Patricia de Lille, minister of public works, said the fire had been contained in the upper chamber of the National Council – the upper house – but was still raging in the hall of the National Assembly.

“So we are doing our best so that it does not spread further. And I also want to thank the fire crews, they are excellent and professional. They also cover all the risks that may arise from the fire by removing all gas installations and gas connections in Parliament.”

Videos posted on social media showed flames rising from the roof of the building.

It was not immediately clear what caused the fire.

The building consists of three sections, according to Agence France-Presse. The original building was completed in 1884, with more recent additions added in the 1920s and 1980s.

Government restrictions included an overnight curfew, limits on the sale of alcohol, and a cap on the number of people who could gather in public in order to stop the spread of Omicron.

Earlier this year, a massive fire at the University of Cape Town (UTC) damaged or outright destroyed a number of historic artifacts.

The fire engulfed the campus library, which contained archives and important book collections, and forced the evacuation of hundreds of students.