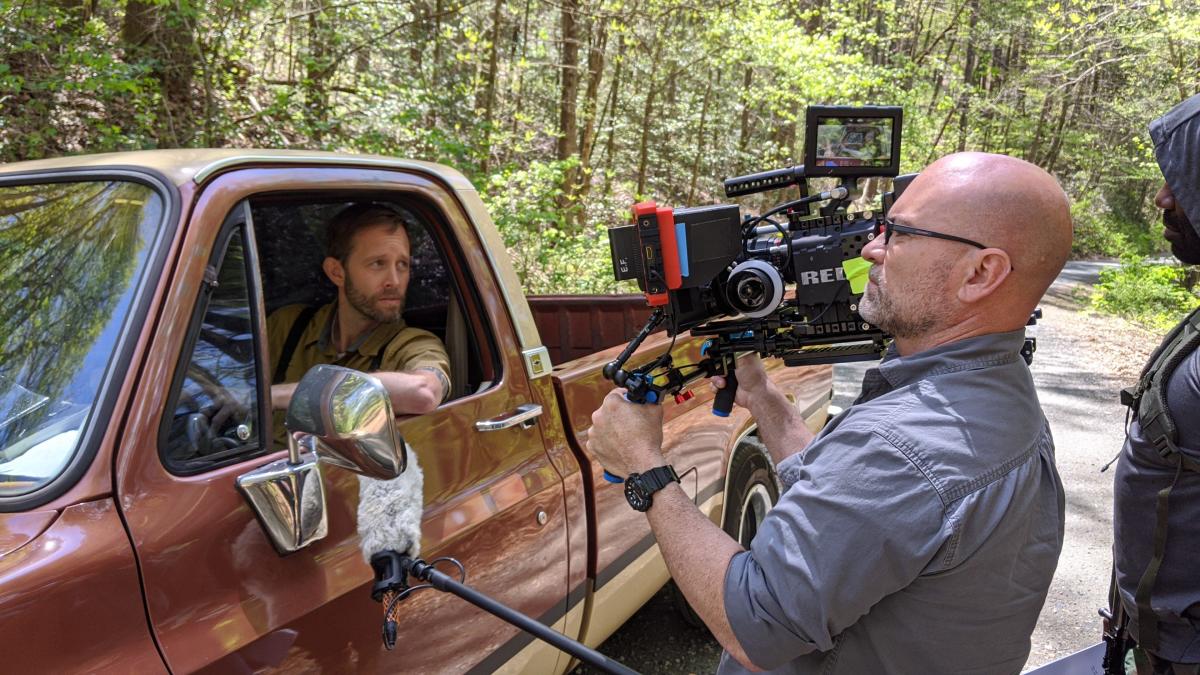 In early 2020, Brigham McNeely, a writer and director from the Morganton area, was ready to begin production on his third feature film.

“We were going to do a Christmas movie. But then COVID came along and things got pushed aside. I had that money, so I said I was doing a movie. We won’t let that go to waste,” McNeely said Wednesday. .

In April, McNeely, with the help of Darin Holiday, owner of Electric Films in Shelby, spent the better part of a month in the woods around Morganton and Hickory shooting what would become “Airborne,” which follows a man trying to find his place in a world ravaged by a deadly virus.

“We shot for 20 days in total, I think. It was really very fast paced,” Holiday said. “It was kind of in a remote area. It was largely what we call “run and shoot”. There is a kind of documentary in some parts. And that’s on purpose, it gives a more raw feel to the movie.”

Over the course of the film, the main character encounters a group of Christian survivors who are locked in a conflict with a group of violent nihilists.

Both McNeely and Holiday say they are Christians, and while the film includes a message of their faith, they said the film’s purpose is not to preach to moviegoers.

“This film is about having hope and moving forward into uncharted territory like we have now,” McNeely said. “We’re also leaning on the other end of the pendulum, why would God allow this? There are hard questions for people in general to rationalize. These are real questions, even if you’re not a Christian.”

“Airborne” is the third movie Holiday helped McNeely shoot. Previously, he served as cinematographer for a film about a bank robbery, which was shot in Casar, and a drama about a young man struggling with loss.

“We really take the script and take it apart visually. The director tells us what the movie should look like, what it should look like, and we bring it to life,” Holiday said. “It can be a very stressful environment to shoot, especially on a tight budget and with a frenetic pace, you kind of go into battle together, but when it’s over you know you’ve shot the full script, and it there is a real sense of accomplishment.

McNeely said when it was time to start working on “Airborne,” it made sense to bring Holiday back.

“We’ve just cultivated such a good relationship over the years, and I’ve tried to stay with the same team. If something works, there’s no need to change it. And something about Darin is that if you hire him, he’ll do well,” he said.

“Airborne” will get a limited theatrical release at AMC theaters in the southeastern United States in February.

In Shelby, the film will screen at the AMC Theater in the Cleveland Mall on Wednesday, February 2. The tickets are on sale now.

This article originally appeared on The Shelby Star: Shelby’s Videographer and Morganton Director Celebrate the Premiere of a New Film

Who is Susie Evans from ‘The Bachelor’? The videographer has already worked as a Disney princess in Japan