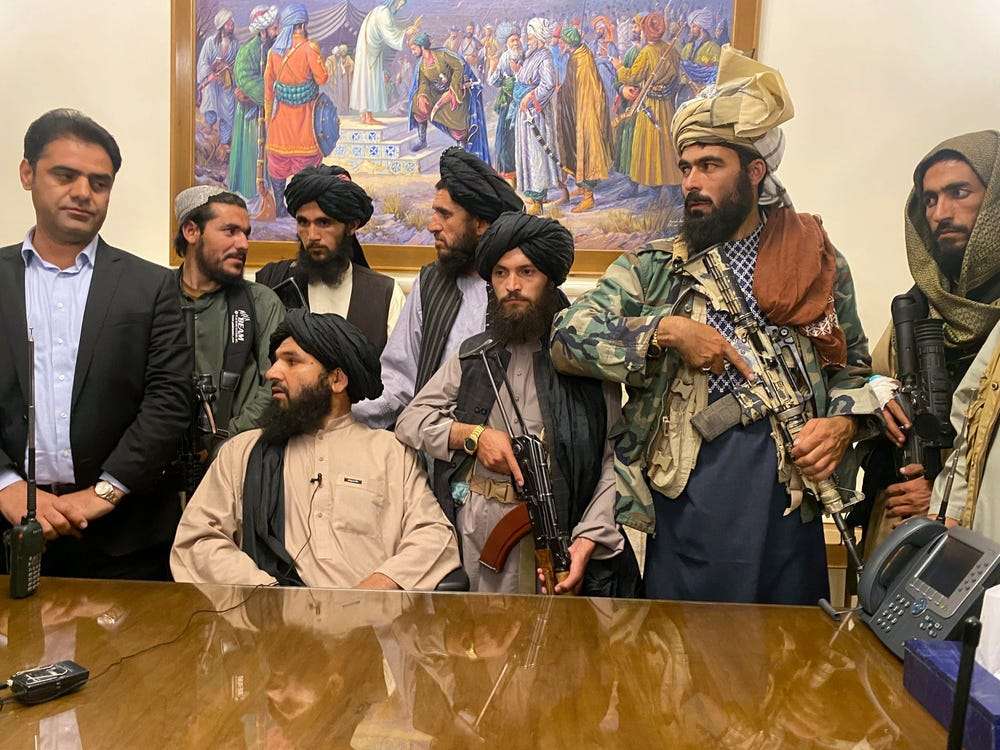 Video captured by
Al Jazeera captured Taliban fighters holding guns and reciting the Koran, the holy book of Islam, after taking control of the presidential palace, according to reports.

The Taliban stormed Kabul earlier Sunday as the Afghan government collapsed,
put the militant group in place to take over the country 20 years after US-led forces ousted them from power.

Photos shared by the Associated Press showed fighters gathered around a desk in the abandoned palace hours after the Afghan president got on a plane and fled the country.


Ragıp Soylu, the head of the Turkey office for , shared one of which showed the fighters reciting the Koran from inside the palace.

Taliban fighters recite the Koran at the Afghan presidential palace in Kabul https://t.co/uTfOIPQSfV

A source in Kabul said
The daily beast the taliban would recite verses from the Quran which in part translate to: “When Allah’s victory has come and conquest. And you see people entering the religion of Allah in droves. So exalt [Him] with the praise of your Lord and ask his forgiveness. Indeed, he always accepts to repent. The Taliban announced on Sunday that they would declare the country the
Islamic Emirate of Afghanistan, solidifying their takeover of the US-backed Afghan government.

The group said they wanted
a peaceful transfer of power, but the US embassy has suspended operations in Kabul and warned Americans of a rapidly evolving security situation.