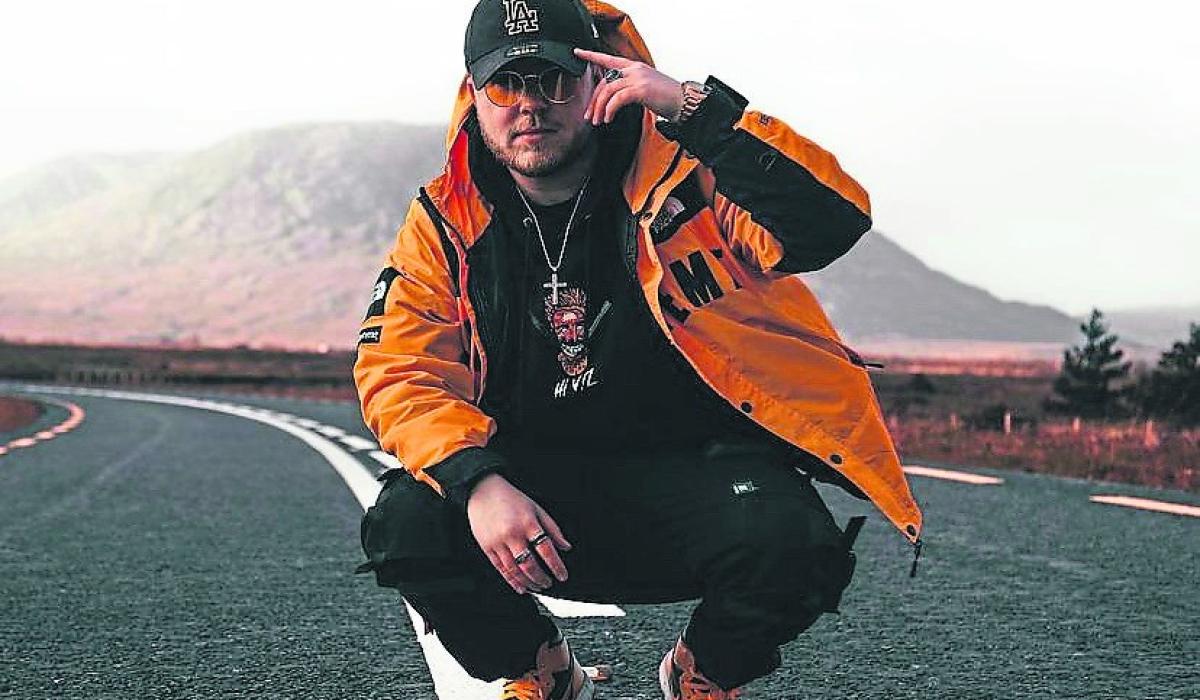 August was a big month for Nathan Sheridan.

The Longford photographer/videographer has watched the views of one of his creations skyrocket on YouTube.

Stylistic Murder is Gav Byrne’s nickname. The aforementioned Mr. Byrne took a 10-year-old KRS-One track and ran it through a lazy hazy old skool filter to create a sublime cut. Calling on the skills of the triumvirate of hip hop legends, the song has racked up 107,000 views on YouTube.

In his promo, Sheridan created a perfect visualization of the feel of the track: “Gav reached out to me about this project. He wanted me to be part of this release under his Irish label called ‘Stylistic Murder’. That’s how I ended up putting together the official music video for ‘Represent The Real’ featuring some of the greatest American hip-hop artists in history,” says Nathan.

The videographer chats over 5,000 miles from where the opening footage for “Represent The Real” was shot. Engage Longford’s artist studios in Garvey’s Yard facilitate a wide mix of artists. It is a valuable asset to the local arts scene, adding to Longford’s growing creative vibrancy.

Nathan is a good example. His tenure at the studios located just off Main Street provided him with the opportunity to work and grow his practice. There’s a water feature on his desk that Nathan describes as “a little zen nook” in the studio. Water trickles rhythmically, tinkling in the background as the artist describes his process.

“My style is influenced by a lot of American artists. I started working on YouTube in 2010,” he explains, checking Cole Bennett’s name. “That’s where I learned all my editing skills. For the past few years, I’ve worked there full time. He just took off. »
The Edgeworthstown man tells how “a lot of the magic happens” at his studio in Garvey’s Yard. The movement and sound of the Zen waterfall alludes to Nathan’s art. The mixing of the auditory with the visual of the office water feature could be an analogy of what it does.

An art that exists online: “I have always been a ‘filmmaker’, but in recent years, I have moved away from it. The internet is the way things are. There, everyone creates their own form of art, refines their own style.

Nathan’s particular style was the deciding factor in his choice for the Stylistic Murder project: “It was so special to me. I like hip hop and rap music. To be able to produce this video for these old school music legends, artists who made history for some of the greatest rap records, was surreal, like a dream.

The numbers at the bottom left of the YouTube frame continue to rise: “The video caught the attention of some of the biggest hip hop presses in the United States, like HIPHOPDX, UPROXX, and then it started spreading to major press companies in Europe.”

Nathan built his portfolio by making promotional videos for “little or nothing” for companies and musical artists: “Eventually people started looking for me to do work. I made connections, around the Ireland, Europe and the United States, I built a clientele and that’s where I am now.

The groundwork has paid off and he now has the luxury of focusing on the area he loves the most: “I’m most passionate about working with musical artists, whether it’s making music videos or tour. I get a real buzz about it. Being part of the concert, when I go on stage, capturing the crowd reacting to an artist. Taking this moment and making a short documentary is my favorite part.

The opportunity to work with KRS-One, AZ and OC has its own rewards: “Everything is going the way I want it to go. This opened up a whole new path. I like the way it’s going. I extend what I do; photography, graphic design, organization of events. I try to do everything I can to keep things exciting.

You can watch Nathan’s video for the Stylistic Murder track on YouTube, just search “Represent The Real”.