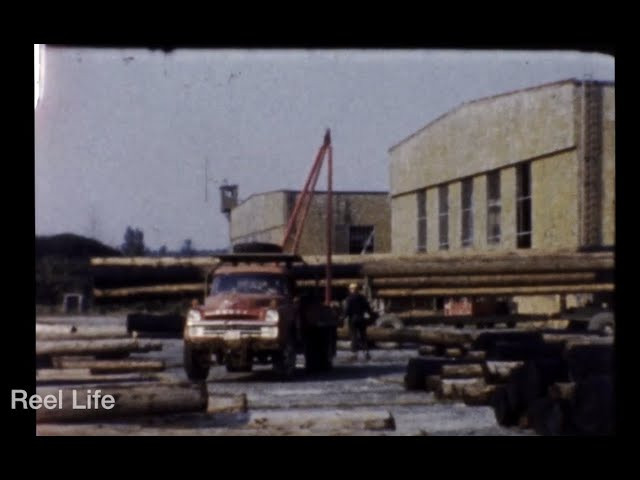 Today’s vintage video dates back to 1961, with the construction of a power line on Vancouver Island.

Vernon historian and videographer Francois Arseneault said that after the war British Columbia was growing at a remarkable rate and power generation and transmission was being built to meet the demands of a growing population.

“Between 1960 and 1980, BC Hydro will carry out six major hydroelectric projects.

Power lines were built throughout the province, often in rugged locations, with roads carved out along heavily forested mountainsides.

“This short film gives us a glimpse of the harsh conditions encountered along southern Vancouver Island as crews installed power lines to Tofino and Ucluelet, the two small towns were still virtually isolated from the rest of the island until ‘in the mid-1960s,’ said Arseneault, the base camp addition with silver trailers was at Lake Kennedy.

The large hangars in the pictures were part of RCAF Station Tofino and were built in 1941 along with the airfield.

Being so isolated during the war, the station and its radar installation could only be supplied by air and sea.

In 1961, it briefly served as a staging area for British Columbia Electricity Commission crews. The war hangars are long gone, having been demolished in the mid-1970s. The former base is now an airport.

Arseneault is always looking for more information about the vintage images he digs up, and he encourages people to add their contribution in the comments section of his Youtube page.

Arseneault has an extensive collection of period footage and is looking for more.