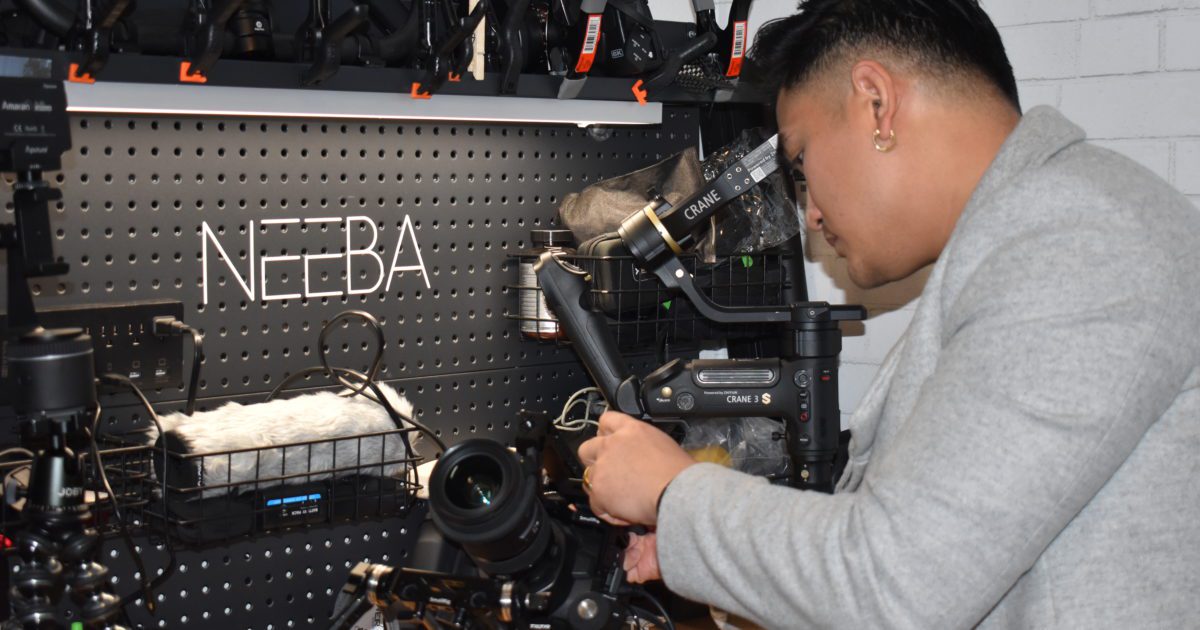 The childhood of video storyteller Marlo Custodio was sometimes terrifying. However, through the anguish of his education, Custodio discovered his future.

Custodio’s parents immigrated from the Philippines to the United States. When Custodio was five, his father left. When he was in his second grade, the family became homeless. Her mother, who had endured years of domestic violence, found herself alone with four sons, including five-year-old Marlo, and nowhere to turn.

“It was my childhood,” Custodio said. “This not knowing where we’re going to be, are we all right.” It’s the trauma I went through and what I was going to later channel as a way for me to empathize, work hard, and have a work ethic.

Custodio turned his struggles into strengths, sharing stories about those who contributed to San José’s rich multicultural history as a way to build bridges between communities.

From a Filipino tattoo artist to a Vietnamese restaurant owner, the 32-year-old introduces the people and cultures depicted in his video documentary series “It’s San José“live. By sharing these untold stories, he strives to educate and entertain.

“I believe storytelling can change the world,” Custodio told the San José Spotlight. “If I can increase empathy, maybe people wouldn’t see us as others, but as their neighbors.”

Custodio considers it his responsibility to educate others about the contributions of Asian Americans and other ethnicities in San José, as well as the racism and discrimination they have suffered, especially after COVID and the rise in Asian American hate crimes.

Raj Jayadev, founder of Silicon Valley De-Bug, sees Custodio as an agent of change with a vision to uplift the community.

“Having people who have themselves gone through struggles and faced the hardships of iniquity… to share in the beauty of their community is what is really powerful,” Jayadev said. “It’s not just the story he tells, but that he was born out of those stories. What he has been through with his life and family gives him an inner perspective in communities that are struggling and whose stories need to be told.

Layered with music and dynamic editing, each episode of “This is San Jose” focuses on a local business owner or executive. Viewers learn about Humble Beginnings Tattoo owner Orly Locquiao, who immigrated with his family from the Philippines to the United States when he was two years old. Locquiao grew up in East San Jose and named his tattoo business Humble Beginnings because he never wants to forget where he came from. Another video features Victor Le, owner of On a Roll, passionate about Vietnamese cuisine and keen to carry on the traditions his mother taught him.

Real life behind the lens

Custodio’s video journalism first ignited in 2003 as a freshman at Evergreen Valley High School when he took an international relations course. Although it was a stressful time with the absence of a father, the financial difficulties of his family and a growing awareness of discrimination and injustice, he discovered a way to express himself through the camera. video of his teacher.

At 16, he connected with Silicon Valley De-Bug and learned about the power video can have to educate the community about social inequalities. He explored the disparity of resources in the Bay Area and tried to bring attention and responsibility to local injustices.

“Living in the shadow of Silicon Valley has given me that fire,” Custodio said.

This was after a statement from San Jose council member Nancy Pyle at a meeting in June 2007 where Custodio truly found his calling. After locals testified about the police brutality, Pyle said, “Don’t look like a gangbanger if you don’t want to be arrested for being linked with a gang.”

In response, Silicon Valley De-Bug staged a protest outside City Hall the following week and held a fashion show featuring street wear as part of the “Nancy Pyle Collection.”

It was Custodio’s first introduction to community activism and the experience set the tone for his storytelling.

People have been mistreated because of who they are, he said, adding that this was long before the Black Lives Matter movement and smartphones recording everything on social media. At the time, the police would test first and ask questions later, he said.

Custodio experienced this as an 18-year-old high school student. After a series of robberies hit Evergreen, he was eating fast food in a vehicle with his girlfriend when a police officer arrived at the scene. The officer told him to come out, but being scared and confused, he did not comply immediately. Custodio said the officer got angry, grabbed him and threw him out of the truck.

“What’s going on? I know my rights,” Custodio said, but the officer stomped his chest and hit him on the neck. Custodio’s mother and brother arrived shortly after and took tried to join him, but were detained by police.When all this was over, the family faced charges and ended up in court.

“It was very traumatic,” Custodio said. “It broke my family during those years. The best way to deal with what happened to us was to channel this energy to support others. “

Custodio learned oral storytelling at De Anza Community College through the Vasconcellos Institute for Democracy in Action and studied film and digital media at UC Santa Cruz. After school, he continued to make video documentaries, including a clip dedicated to a family whose child was killed in crossfire in a drive-by shooting.

He took first place at Adobe Youth Voices, and his success secured Custodio full-time video work with city-funded Underserved and Gifted, which later became SJ Digital Arts. He then collaborated on the “This is San Jose” video series in collaboration with the city’s economic development department. The promotional piece celebrates the ethnic diversity of the city.

As his storytelling skills grew, so did his ambitions. He launched a video production agency, NEEBA – Needs Emotion and Empathy for Beliefs to Awaken – and through it he creates a new series, “San Jose Narratives”. In one video, an elderly couple stay young by working with young people at the Santa Clara County Fairgrounds. At Quimby Oak Middle School, two girls become captains of the school’s wrestling team, one of them winning the county championship. And in a third, a boxing coach trains the best fighters to win titles.

To date, Custodio has produced 100 music videos and 50 commercials. He wants to leave a legacy of San José’s rich history and culture, and has said he’s just getting started.

“I am in love with crafts,” he said. “There are still so many stories that I want to tell. “