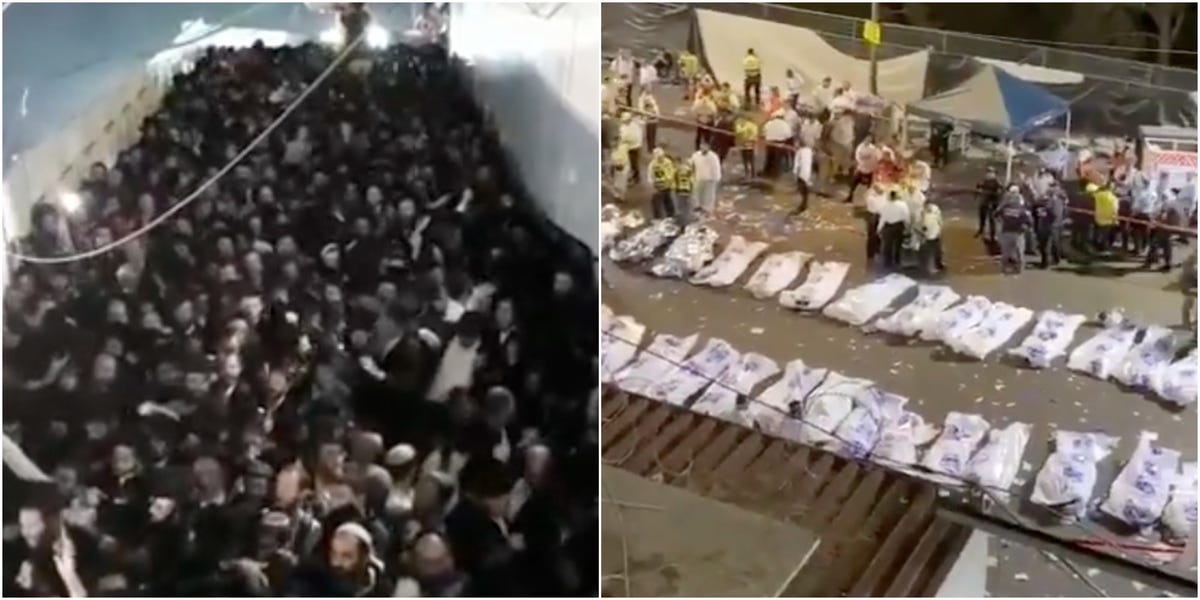 A stampede at a large rally of ultra-Orthodox Jews in northern Israel on Thursday evening resulted in the deaths of at least 45 people.

According to Associated press.

Witness video of the event shows crowds of people, standing shoulder to shoulder, trying to descend a slope, between metal partitions, as some begin to slip and fall.

In addition to the dead, at least 150 people were injured.

According to Reuters, dozens were suffocated or trampled on before the crowds were ordered to disperse and rescuers came to treat the wounded and evacuate the dead.

“A stacked pyramid formed. People were piling up on top of each other. I was in second row. People in first row – I saw people die in front of my eyes,” said one injured. the man told reporters from his hospital bed, according to Reuters.

A death toll that could rise further

The stampede occurred on the men’s side of the Gender Segregation Festival. Children are among the dead, Reuters reports.

Another video shows the dead lined up near the site, covered with a white cloth.

Many victims have still not been identified, according to Reuters. For those who did, the funeral was hastily performed on Friday, before the start of the Jewish Sabbath at sunset, the AP reports.

The incident is now considered the deadliest civil disaster in Israel’s history.

The festival was the first mass religious gathering since Israel ended all of its coronavirus restrictions, following one of the fastest vaccination efforts in the world.

Who is to blame?

Velvel Brevda, a rabbi who witnessed the stampede, told the AP he believed the police were responsible for the tragedy.

Brevda said police had put up barriers that prevented people from exiting through exits that had been opened in previous years.

Even before the coronavirus outbreak, there were concerns about the security risks of the event, according to Reuters.

A police spokesperson said the capacity this year was similar to previous years, but this year bonfire areas have been closed off as a precaution against coronaviruses, according to Reuters.

Israeli media have suggested that this may have caused the traffic bottleneck, Reuters reports.

Prime Minister Benjamin Netanyahu visited the site around noon on Friday and called it “one of the worst disasters to befall the State of Israel.”