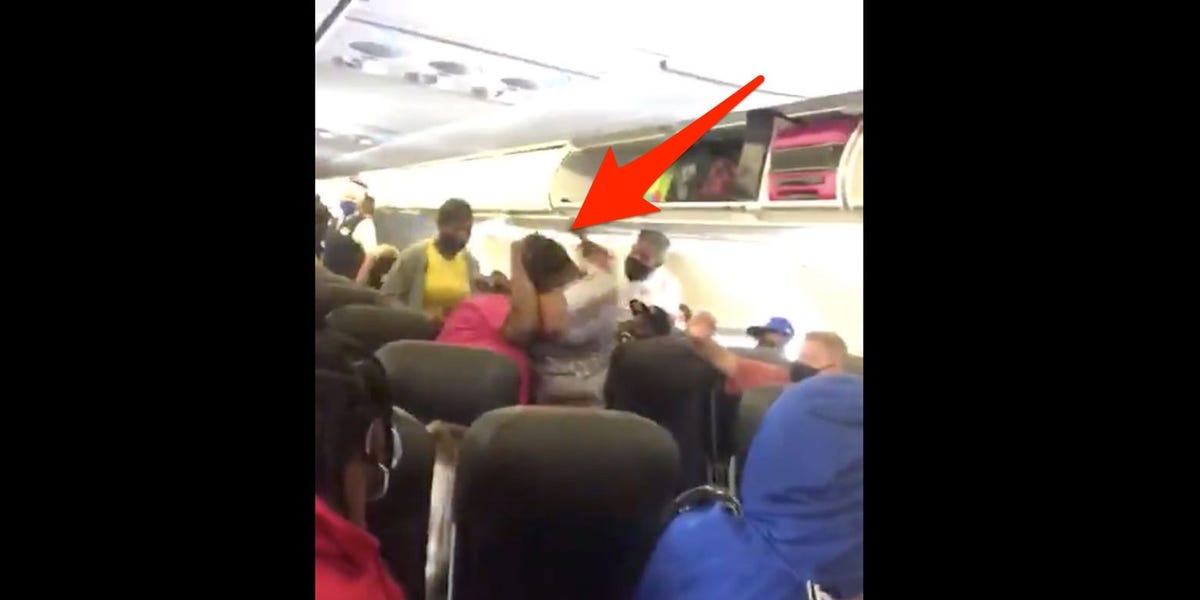 A brawl erupted on an American Airlines flight on Monday, with the airline saying it started after a passenger refused to wear a mask.

Footage of the incident – which took place before takeoff on a service from Las Vegas to Charlotte, North Carolina – was shared by a Twitter user named Caryn Ross.

It shows two women struggling in the aisles, at one point falling into a row of seats, while other passengers watched.

Ross shared the video with the comment “Too bad for social distancing!”

You can watch the images here:

An American Airlines representative told Fox News that a passenger became disruptive after being asked to leave the plane for refusing to put on a mask.

“On Monday, a customer of American Airlines flight 1665 with service from Las Vegas to Charlotte failed to comply with our mandatory face coverage policy after boarding the aircraft prior to departure,” the representative said.

“In accordance with our policy, the customer was then asked to leave the plane and became a disruptor, resulting in an altercation with other passengers.”

Earlier reports indicated that combat could also be linked to the allocation of seats. Ross’s husband Jack Ross, credited with filming the footage she posted, told Storyful news agency it did, CTV News reported.

Due to the coronavirus pandemic, American Airlines requires face cover to wear on its planes, as do other US airlines.

Passengers with a medical reason not to wear a mask are exempt. Otherwise, the airline says it will refuse to fly them.

American has kidnapped other passengers flights so as not to wear a mask.