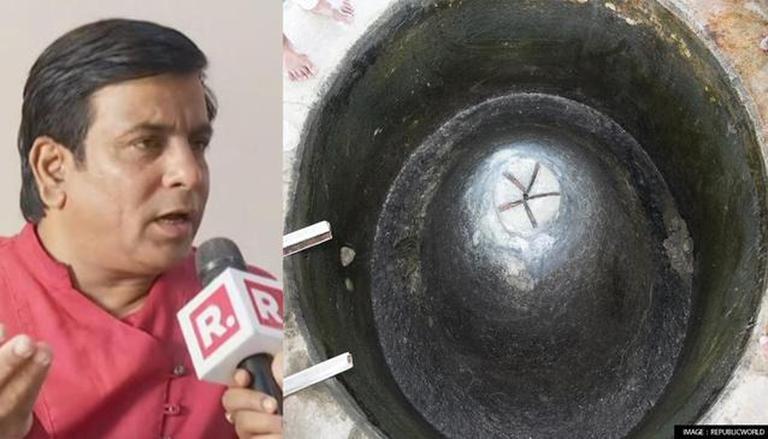 Speaking exclusively to Republic TV on Tuesday, Ganesh Sharma – the videographer during the Gyanvapi investigation claimed that a Shivling was found on the premises of the mosque. Saying that videos of the investigation circulating on social media prove this, he also denied the Muslim side’s claim that a fountain was mistaken for the Shivling. Meanwhile, Hindu petitioners’ lawyer Vishnu Shankar Jain has cited circumstantial evidence from the investigation to claim the area was part of the temple complex centuries ago.

Videographer Ganesh Sharma remarked, “Not all the water was removed because there were fish in the Wazu Khana. They would have died if we removed all the water. Then people started seeing 20-25% of the Shivling. People who go to a Shiva temple understood it to be a form of Lord Shiva. When this video came out, no one can claim that it is a fountain.

Advocate Vishnu Shankar Jain claimed, “Not just Shivling, look at the circumstantial evidence around this area. Besides that, there is a well that was originally there in the temple for Shivling’s ablution. At the bottom there are idols of Hindu gods and goddesses, pillars and Sanskrit shlokas.It shows that it is Lord Shiva’s Shivling.It is exactly 83 feet from Nandi.

What is the Gyanvapi row?

This case concerns a petition filed by 5 women seeking permission to perform daily worship and observance of rituals of Goddess Shringar Gauri, Lord Ganesha, Lord Hanuman and Nandi located at the back of the west wall of Gyanvapi Mosque. Despite opposition from the management committee of the Gyanvapi Mosque, a court in Varanasi authorized the videographic study of the mosque’s premises. After three days, the investigation ended around 10:15 a.m. on May 16 to the satisfaction of all parties. On the same day, a court in Varanasi ordered the sealing of the area inside the mosque where a Shivling was allegedly found.

Meanwhile, Special Advocate Commissioner Vishal Singh submitted the investigation report into the work carried out on May 14, 15 and 16 in which he allegedly pointed to the presence of a Shivling, Hindu symbols and a photograph of a deity inside the premises of the mosque. On May 20, the SC ordered the transfer of the case to the Varanasi District Judge’s Court. He clarified that his summary order dated May 17 will remain in force pending the decision on the plea challenging the maintainability of the lawsuit filed by the Hindu party and a period of 8 weeks thereafter.

In this order, he ordered the protection of the area where the Shivling was allegedly discovered, but specified that Muslims will be allowed access to the mosque to perform Namaz and religious observances. The case will be heard by the SC on July 21. Meanwhile, on May 26, the Varanasi District Court began hearing the arguments on the maintainability aspect. A day earlier, he gave copies of the inquest footage in a sealed package to 4 petitioners and adjourned the case to July 4.