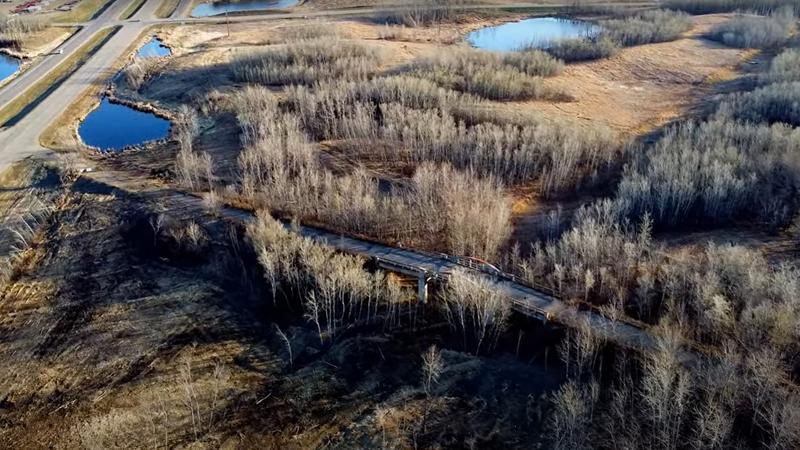 “Abandoned railroads, abandoned bridges have always been a point of interest for me,” he explained.

As a former PA resident, Woroniuk said he has been aware of the old viaduct sitting in the bush near Highway 2 for some time, but with new construction in the area, he is recently became more visible and began to generate public interest.

“With construction going on in the south, I thought it was important, just in case this little piece of Saskatchewan history was abandoned I would have to go out and document it,” Woroniuk said.

He got help from the Prince Albert Historical Society to tell the story of the viaduct.

The crossing was built in the 1930s to cross the old Grand Trunk Pacific Railway.

At the time, Saskatchewan’s highways were built on top of existing grid roads, or “in the square,” cutting jagged and indirect roads across the province.

In the 1960s, when Highway 2 was rebuilt and straightened, the viaduct was abandoned.

The railway line was then also deserted in 1983, but its old route is still clearly visible from the motorway.

As for Woroniuk, he’ll likely be back in Pennsylvania soon. The videographer is targeting the La Colle Falls dam for an upcoming project.

With files from Teena Monteleone

Asha Negi asks celebrities who upload vaccination videos, “Do you bring a videographer or do hospitals provide?” “