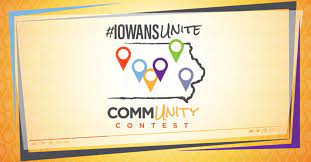 Washington was announced as the winner of the #IowansUnite CommUNITY 2022 competition after impressing an independent jury with their video and essay submissions. The one-minute video shown to the judges was directed by Randy Williams, the uncle of Isabella Santoro, whose essay was used in the competition. Williams spoke to KCII and explained how her hobby and a nudge from her niece helped introduce Washington to the judges.

“At first it was like, boy, wouldn’t it be cool if we could do this and I’ve done a lot of videos for my business, and for fun, I have a drone and some other gear. Since 2020, whenever something happened in Washington, whether it was with an event or the fall colors, I would go out and get a video of it in case I wanted to make a movie. asked to edit the video, I realized I already had everything we needed.

Williams estimates he put more than 60 hours into the one-minute video, which is still available on the Washington Chamber of Commerce’s YouTube channel. Williams said he wished he could feature more of Washington’s big business, but thinks the video did a great job of showing Washington at its best.