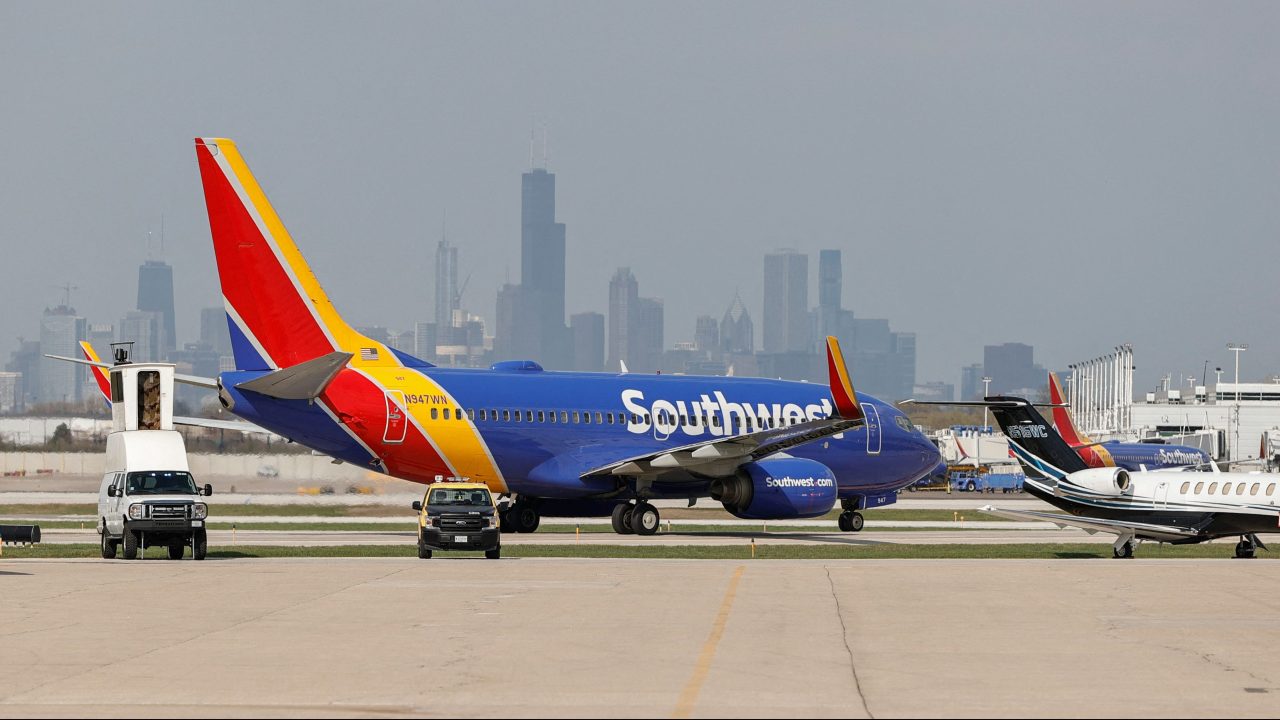 (NEXSTAR) – A Southwest Airlines pilot goes viral for his candid and funny remarks about the mask’s federal mandate in a recent pre-flight announcement.

As seen in a video clip taking the rounds on social media, the pilot goes through a shortlist of rules, urging his passengers to refrain from drinking alcohol and to obey the rules. federal mask warrant for the well-being of its crew.

“When you listen to what I have to say, I look really cool in front of them,” he announces from the front of the plane. “After all, look at me. I am a man wearing polyester pants and a short sleeve shirt. “Cool” isn’t exactly my middle name right now. “

He then reiterates Southwest’s alcohol policy – “We don’t serve it, you don’t drink it” – before imploring passengers to put on their masks when not eating or drinking.

What is happening today? Get your daily recap with the FOX8 newsletter.

“All the rhetoric I hear, I don’t want to hear it anymore. I understand. It’s just a rule, and if we don’t have rules, we have anarchy.

Removing masks to eat, he said, was obviously allowed during active snacks.

“If you were smart you would have gone to Costco and bought a 7 pound bag of chips that would have lasted you 1 hour and 43 minutes,” he joked. “But you didn’t. You went to Hudson News and bought the Cheetos, and it’s gonna last you two [minutes]. And most of you have eaten it.

The passenger who posted the speech to TIC Tac said the video was taken in late July on a flight from Baltimore to Chicago.

A representative for Southwest Airlines declined to comment specifically on the video, but confirmed that its employees are encouraged to “show their personality” at work.

“Overall, our crews are responsible for supporting mask mandate compliance by advising customers of the federal requirement during onboard announcements,” an airline spokesperson said in a mailed statement. electronic. “Our crews work daily to meet these expectations in these unusual times and, as always, we encourage our employees to show their personalities while working to take care of our customers.”

The viral clip, shared online just a few days ago, has already been viewed millions of times on TikTok and Twitter collectively. Many viewers applauded the pilot’s speech, but more than one expressed disappointment that he had to say it in the first place.

“Hard to believe they have to do this for adults,” one user wrote.

“INCREDIBLE that this pilot, (an officer and a gentleman) has to give this lecture to the passengers so that they behave on a flight which lasts ONE HOUR and 45 minutes”, another tweeted.

The Southwest pilot is not alone in his frustration. In June, an American Airlines flight attendant berated disruptive passengers for making the flight “a living hell” by refusing to comply with mask mandates. And just last week, the Association of Flight Attendants (AWA-CFA) called on the Justice Department to take action on an increase in incidents caused by unruly and sometimes “physically violent” passengers, citing an investigation that revealed that 17% had suffered a physical altercation in 2021 alone.

“It is not just about masks as some have tried to claim. There is a lot more going on here and the solutions require a series of coordination actions in aviation,” said the president of the AFA-CWA, Sara Nelson, in a July 29 statement. Press release. “It’s time to make the FAA’s ‘zero tolerance’ policy permanent, the Justice Department to use existing law to prosecute and to implement a series of actions proposed by our union to keep problems in the field and react effectively in the event of incidents.

The FAA initially announced its zero tolerance policy for unruly passengers on January 13 following a “Worrying increase” in violent or disruptive behavior. The agency specifically noted a “proliferation” of such behavior resulting from the refusal of passengers to wear masks and “following the violence of January 6, 2021 at the United States Capitol”, according to An order signed by FAA Chief Steve Dickson.