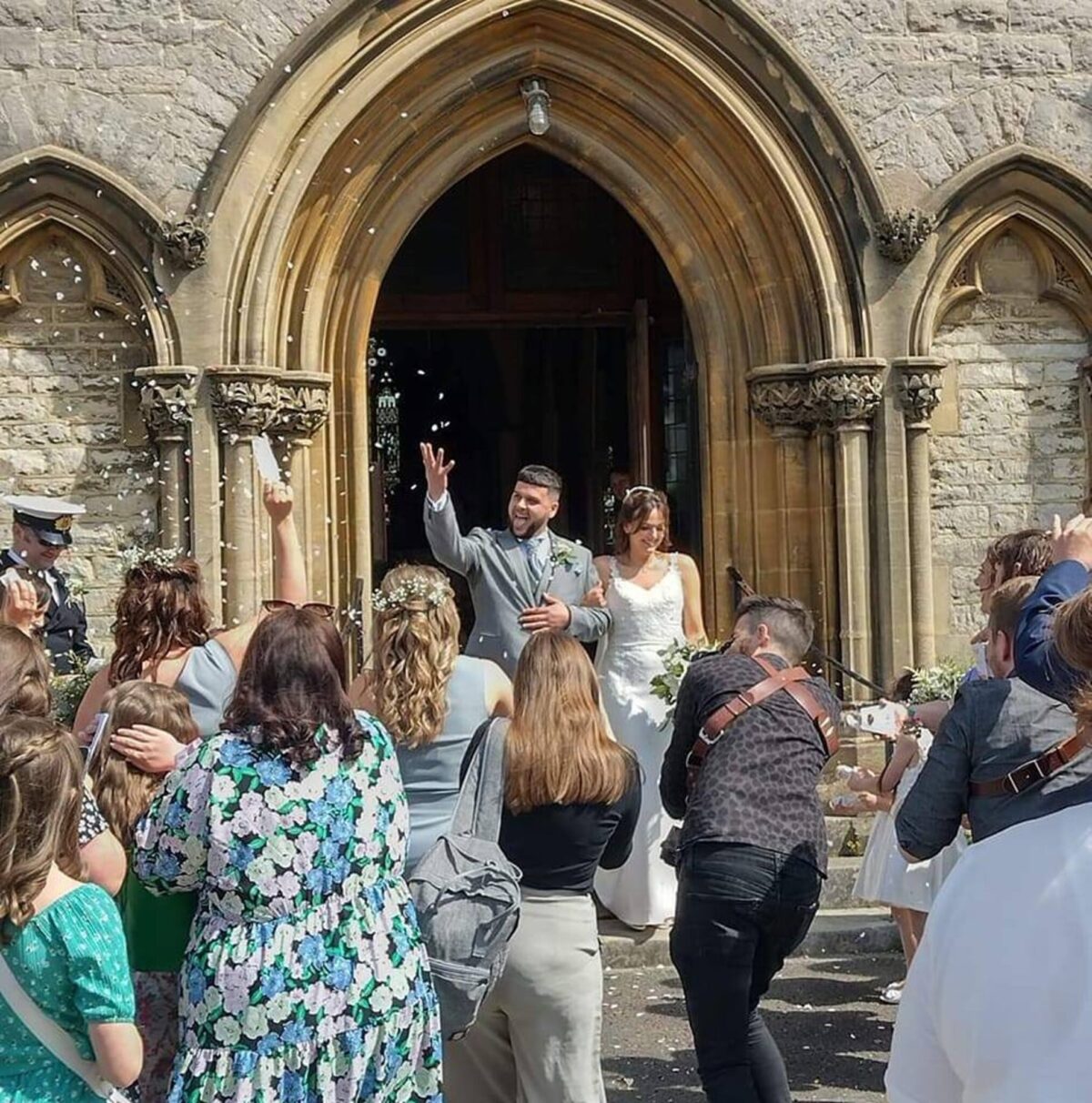 A WEDDING videographer captured the moment a witness dropped the bride’s ring into a blowhole moments before the couple exchanged vows.

Eddie Christie, 31, was wed his fiancée Susan Read, 30, on the Isle of Wight last month when the blunder happened.

The video shows Eddie standing at the end of the altar with his sister and witness Billie Christie by his side.

Billie, 28, manages to get the groom’s ring out of the box and successfully hand it over to the priest.

She then receives Susan’s ring on a white pillow and begins to unwrap the ribbon holding the piece to the pillow.

But within seconds, the bridal party and priest are looking down as Billie accidentally drops him – into the church gate.

Groom Eddie looks stunned as Billie appears to turn red at the gaffe.

As the bride Susan laughs at the wedding accident and smiles reassuringly at Eddie.

A photographer intervened shortly after the clip ended and spent ten minutes removing the grid to retrieve the ring.

The couple from Newport, Isle of Wight were then able to continue with the ceremony shortly afterwards and left the church with both rings securely on their fingers.

Speaking today, newlywed Eddie said: ‘We got married in a beautiful church.

“When the pillow was handed over to the witness, the ring fell off and went down the grate.

“I just saw him fall and I heard the ‘tink’ and my mouth was wide open, I couldn’t believe it.

“After this happened it was a bit awkward and nobody knew what to do.

“The photographer removed the grid and searched for what seemed like forever, but luckily they managed to find him.”

Videographer Grace Bail, 23, said: ‘I had actually been looking at those air vents on the floor thinking ‘gosh that’s just below where the rings will go’.

“Groomsman Billie dropped the wedding ring down the air duct and everyone stood in shock for a moment laughing.

“Groom Eddie had the best reaction I think, his face was a picture.

“It only stayed underground for about 10 minutes as the photographer lifted the grate and dug through years of dust and cobwebs until he found the ring and the ceremony resumed.”

She shared the video on TikTok where it received over 31,000 views.

One viewer said: “The priest was speechless.”

Another wrote: “Who put a bloody vent there anyway?”

A third added: ‘She only had one job.

A videographer and a tech reporter join the Salt Lake Tribune team, with help from Report for America.